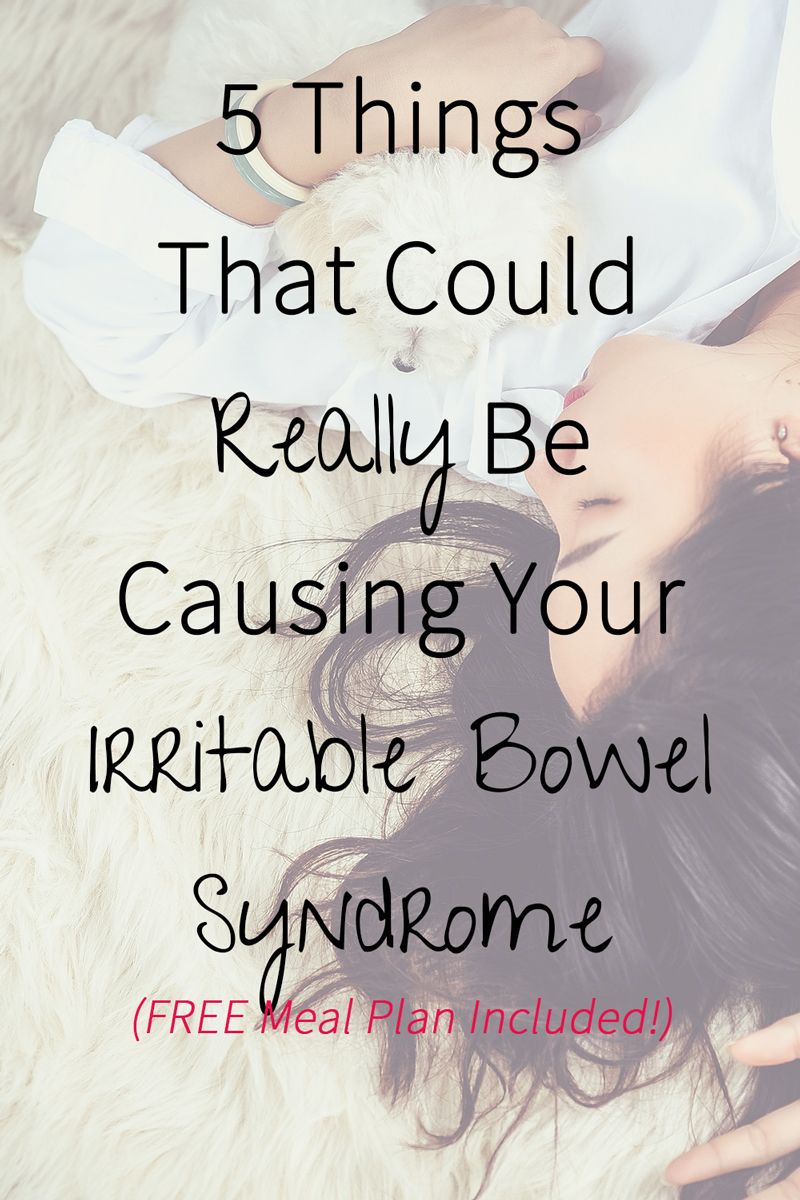 I should know because, after many tests, tubes shoved up places and visits to the doctors, that is what I was diagnosed with. I was often in pain, had what felt like chronic diarrhea, looked pregnant and was also constipated, had skin issues and crazy PMS.

Some people think IBS is a namby pamby thing, that is until they experience it for themselves. IBS symptoms can range from mild (slight bloating and occasional bowel issues) to severe (pain every day, extreme bloating,  nausea, foggy headedness, food intolerances, constipation, reflux etc). From my understanding, it is also the blanket name given to a set of symptoms that doctors don’t yet understand or know the root cause of. I was told to just live with it, take some anti diarrhea drugs and that there wasn’t anything else they could do.

I am so very happy to say that most days my bowels are like a dream – no pain or no diarrhea or constipation just clockwork 1-2 times a day. I can eat without fear of pain (most of the time – stress is a massive factor for IBS) and no longer plan my day around toilet stops. Joy oh joy!

But I believe that there are lots of causes of IBS.

I was told it just ‘happened’ to me and that there was no rhyme or reason for it. But there often is, so let’s look at 5 Things That Could Really Be Causing Your Irritable Bowel Syndrome (IBS).

Even now with a much healthier and happier gut, eating a deliciously healthy diet I will get symptoms if I am stressed out my nut.

Our gut (meaning from out mouth to our rectum) is like our second brain and is massively impacted by our emotions and stress levels.

Chances are when you’re nervous you may need to do a poo or feel nauseous? That is your gut being affected by your emotions.

So if we are constantly stressed out our gut will be out of balance and inflamed. Stress if not just an emotional thing it impacts EVERY aspect of our physical well being too.

Growing up I was the antibiotic queen. I was always on some sort of banana flavoured medicine from probably ages 6-14. Then due to infections I picked up when traveling to India I had to take even more super strong antibiotics for a while and that was when all my symptoms got MUCH worse.

Antibiotics are lifesavers they really are, but we often use them far too often. They basically kill all your gut bacteria which means once the course is over opportunistic bad bacteria has the chance to be charge and cause havoc. Doing repeated courses of antibiotics like I did just adds more and more damage to your gut.

Linked with the above leaky gut could be described as

“The term Leaky Gut Syndrome is used to describe the condition of “Hyperpermeable Intestines,” a fancy medical term that means the intestinal lining has became more porous, with more holes developing that are larger in size and the screening out process is no longer functioning properly. The fallout results in larger, undigested food molecules and other “bad stuff” (yeast, toxins, and all other forms of waste) that your body normally doesn’t allow through, to flow freely into your bloodstream.” source

And when foreign toxins get into your bloodstream your body will react to these ‘foreign‘ invaders and it causes an immune reaction. And one of the main ways of immune system responds is with inflammation and inflammation in the body and gut especially will cause things like bloating, reflux, pain, diarrhea etc.

This will also mean you suddenly become intolerant to foods that have never been a problem before and often why I don’t pay that much heed to intolerance testing as although it can be useful, a lot can depend first on the testing method but also on your immune response that day.
(To ‘test’ for food intolerances for free then download your meal plan below and aim to take 21-30 days to remove gluten and/or dairy to see if you feel slightly better.)

Our bodies are the sum of what we put into them. If you pour in lots of crap then it is going to function a bit…well…. crapply! (Yes I think I made that word up?)

Sorry to say it but so often we want a magic cure, we want health and to be well but we don’t want to take the responsibility for it.

Refined sugars, carbs, chemical and artificial stuff can irritate your body, cause inflammation, addiction and often leave you malnourished.

Even with people who eat pretty healthy already, food likes whole grain glutens could not be doing your IBS any good especially. Nor potentially will pasteurised, un-organic dairy.

The best place to start is to eat natural food that is fresh, not been sat on a shelf in the supermarket for 8 months (unless say it is dried chickpeas?)

And a great place to start is to add more GOOD stuff into your diet. Which is why I created my Green Smoothie Challenge – a simple and tasty way (over 45 recipes) to get more good into your diet and less crap 🙂 Click here to find out more. 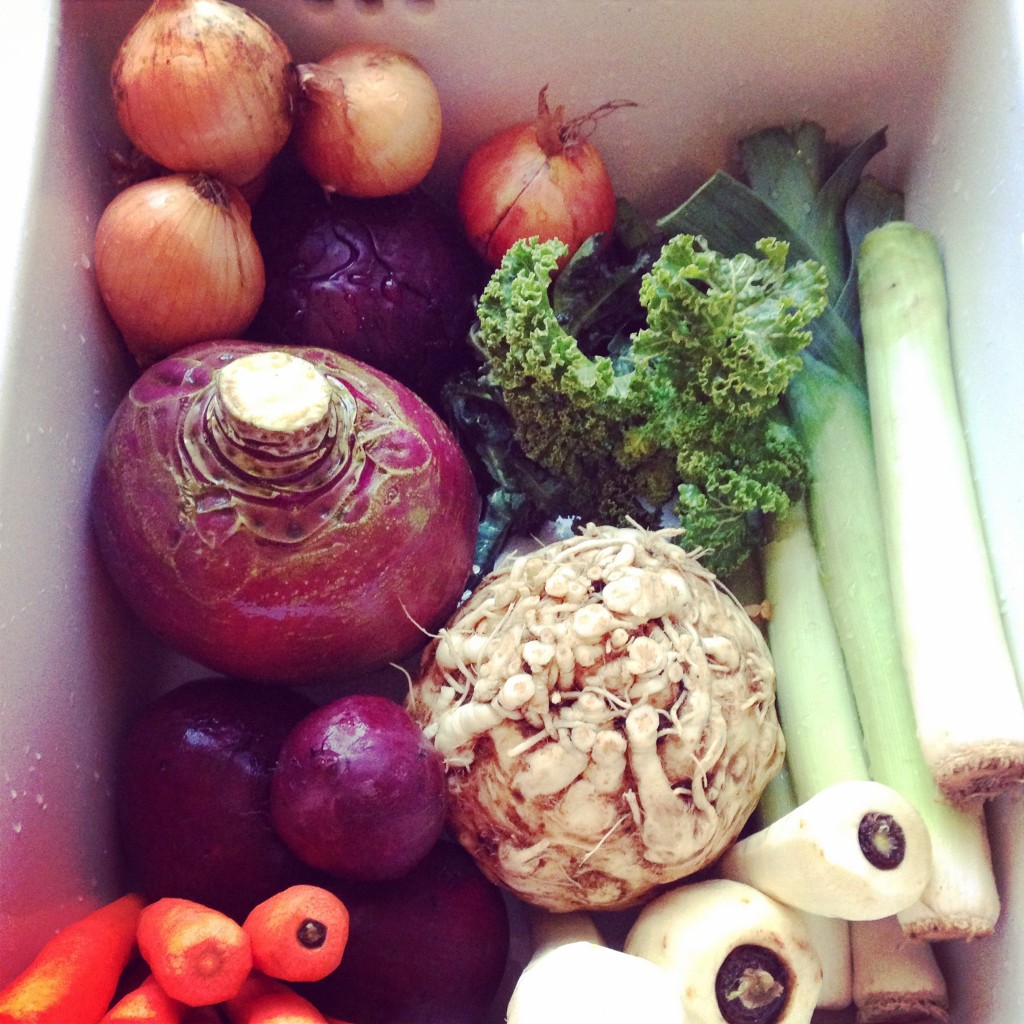 Throughout your gut you have different bacteria colonies and different places where there is more bacteria than others, with the large intestine being the most bacteria dense part of your gut (as far as I am aware – remember I am no doctor!) and SIBO is basically when too much bacteria from places like the large intestine get into the small intestine. This is caused again by many things – damaged gut motility, antibiotics, leaky gut etc.

SIBO from what I have read cases symptoms like excess gas, a lot of abdominal pain, sometimes bad reflux and poor bowels to name a few so easy to see how it gets labeled at IBS!

But SIBO is treatable and I am working with several one2one clients to help them with SIBO like symptoms. You can get tested for it but often you can tell by how well (or not) the treatment is going. But if you have tried everything to sort out your IBS, from FODMAPS, to elimination diets to probiotics to peppermint oil capsules chances are you’re dealing with SIBO.

How do I treat it!

Stay tuned for future  more in depths posts about how to treat IBS  but here are some resources to get your started TODAY:

And if you liked this article then why not share it with your mates or with anyone who is struggling with IBS themselves!

Do you know what caused IBS for you?

What triggers off bloating for your body?

I think that stress can contribute to a lot of negative things in your body and it’s something that not a lot of people think about.

Hi will e erything in this book work for me i have i. B s very bad constaption i am 71years old what price is your book i might try if i can afford it thanks for all the recepices you have used most of them i dring water with lemon lime and cuckumber in my bottle to detox

A great post Kezia. I suffered from ‘IBS’ for years, and finally dealt with it – I was suffering from parasites picked up in Vietnam as well as SIBO – thought to be candida. I worked with a naturopath to get rid of the bad bacteria and rebalance my gut by taking known anti-fungals (natural ones), following an anti-Candida diet as much as possible for about 2 months and taking loads of good quality probiotics. My symptoms are soo much better now! I agree stress plays an enormous role. Now, I eat healthily and try and stay as stress free as possible. Yoga really helps. I know when I drink lots of coffee and alcohol for example that my body doesn’t like this. I wonder if I still have a bit of an imbalance though as I have a slight coating on my tongue, and do still get a bit bloated, although nowhere near as bad as I used to.